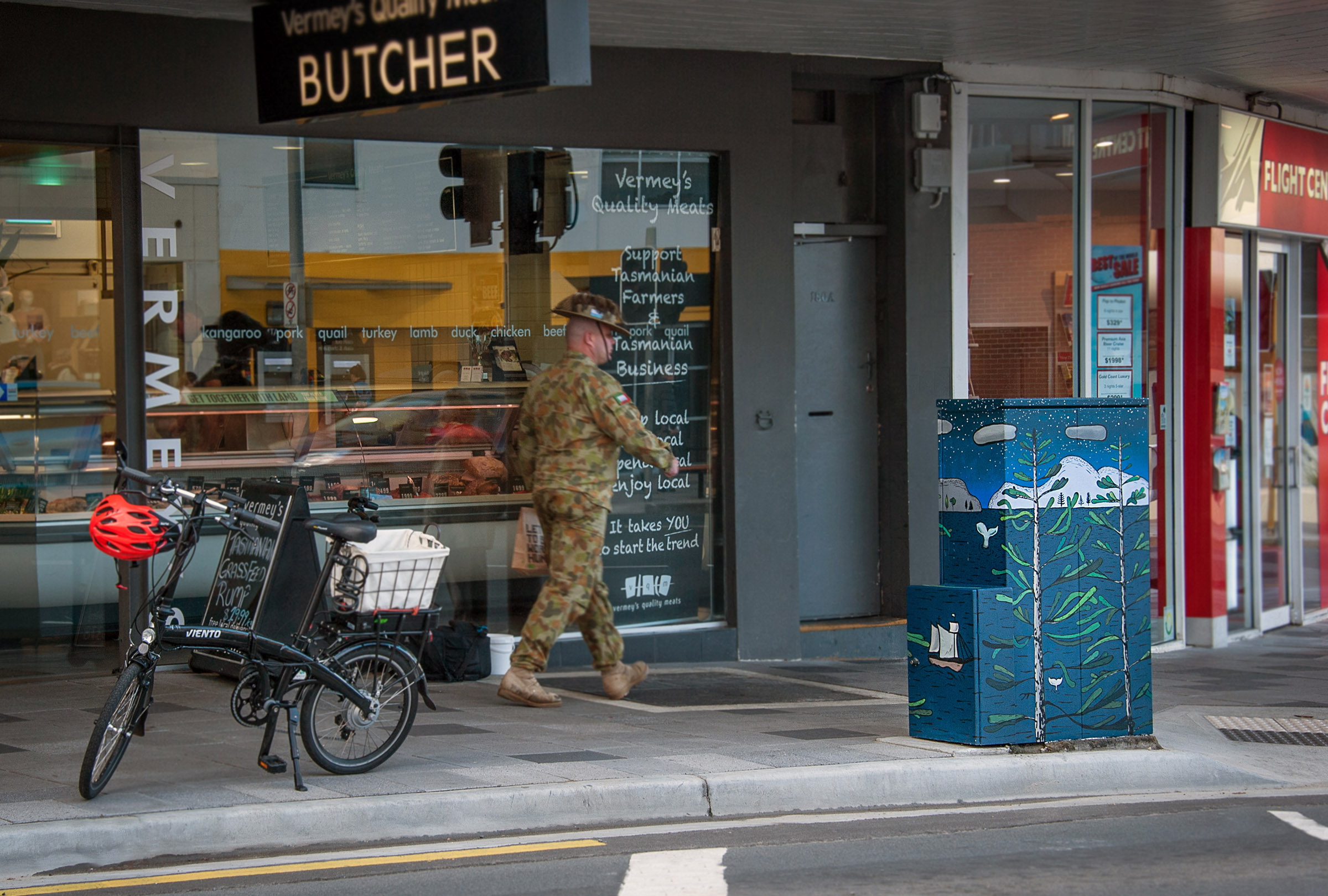 It’s a little known fact that much of early Sandy Bay was owned and developed by Norfolk Islanders. This painting in central Sandy Bay invites the viewer to learn more about this fascinating part of Tasmanian history.

Governor King hinted at the closure of Norfolk Island, softening to requesting volunteers to settle VDL, but only 5 family's did so, King responded, sending 500 people between 1807-1808. Virgin soil, low stores, and poor tools awaited them, their descendants would be the beneficiaries of their toil. The settlers legacy can be traced by the seeds they brought with them, notably the Hawthorne Hedges and towering Norfolk Island Pines.

We have grown weary of the Governor, shoving us about the South Pacific, forcing our lot upon us, tearing us from the home we forged. Now, with aging bodies, meagre strength and diminished enthusiasm, we now work unfavourable ground. We suffered financial loss, and demand compensation. O must we start over again. 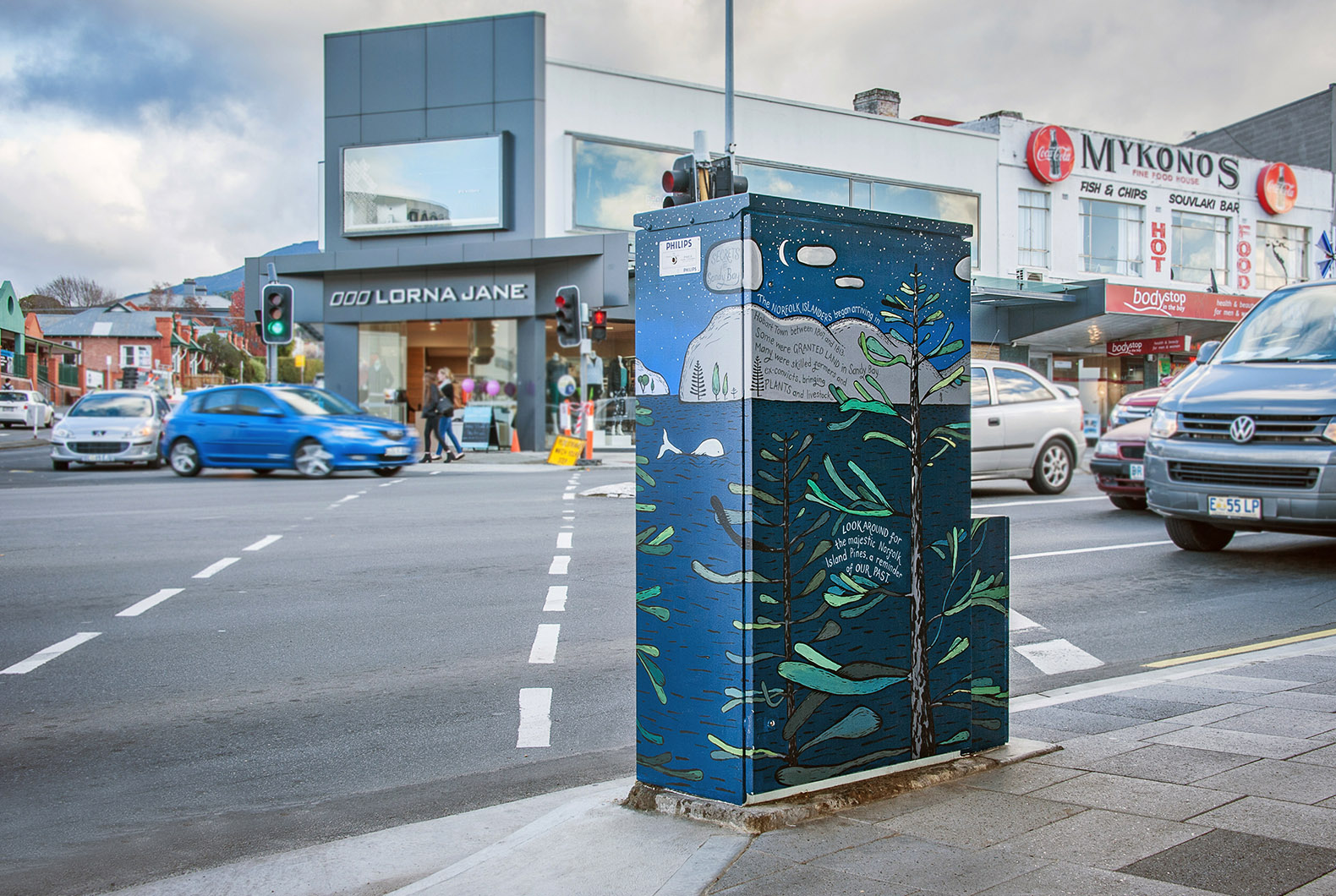 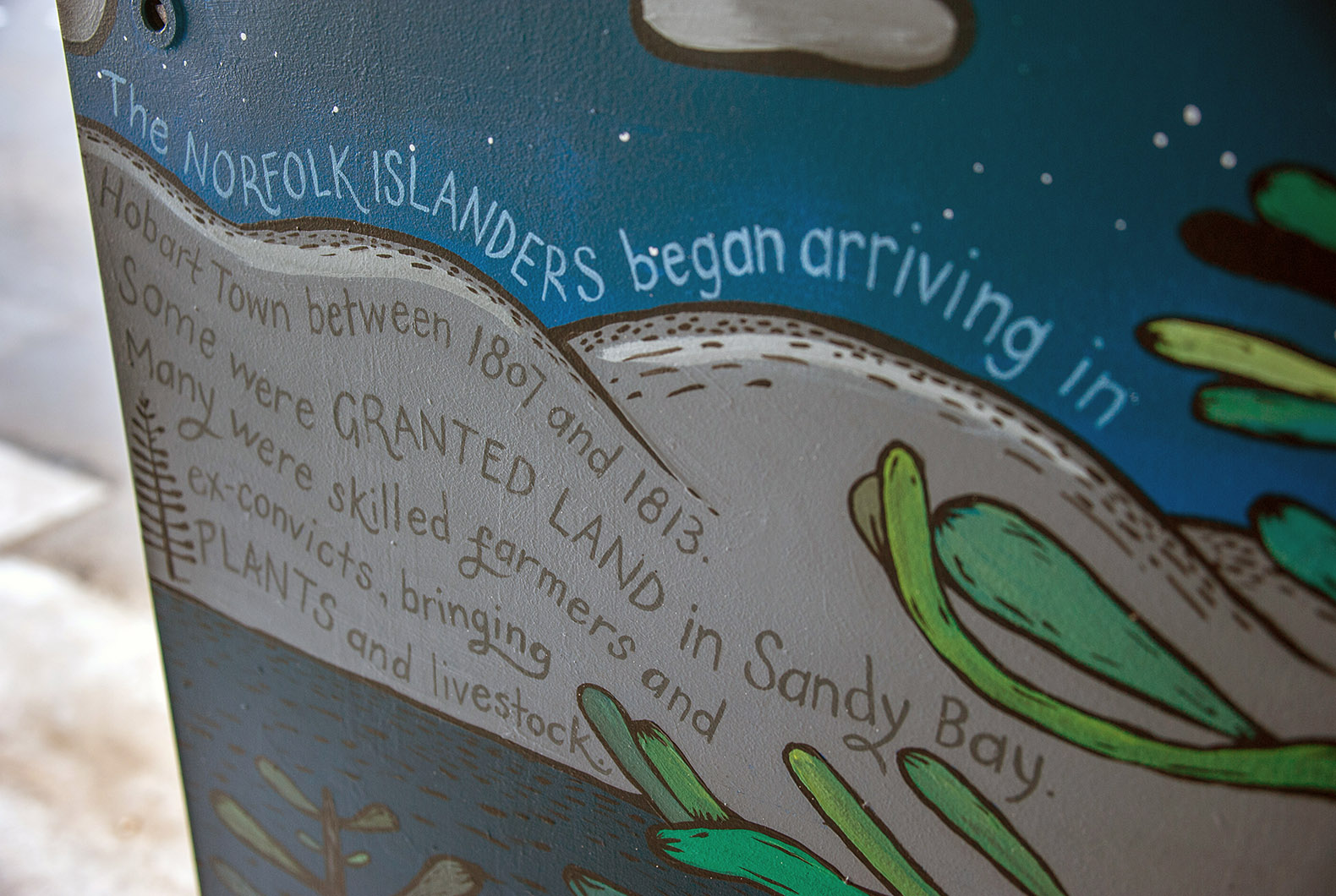 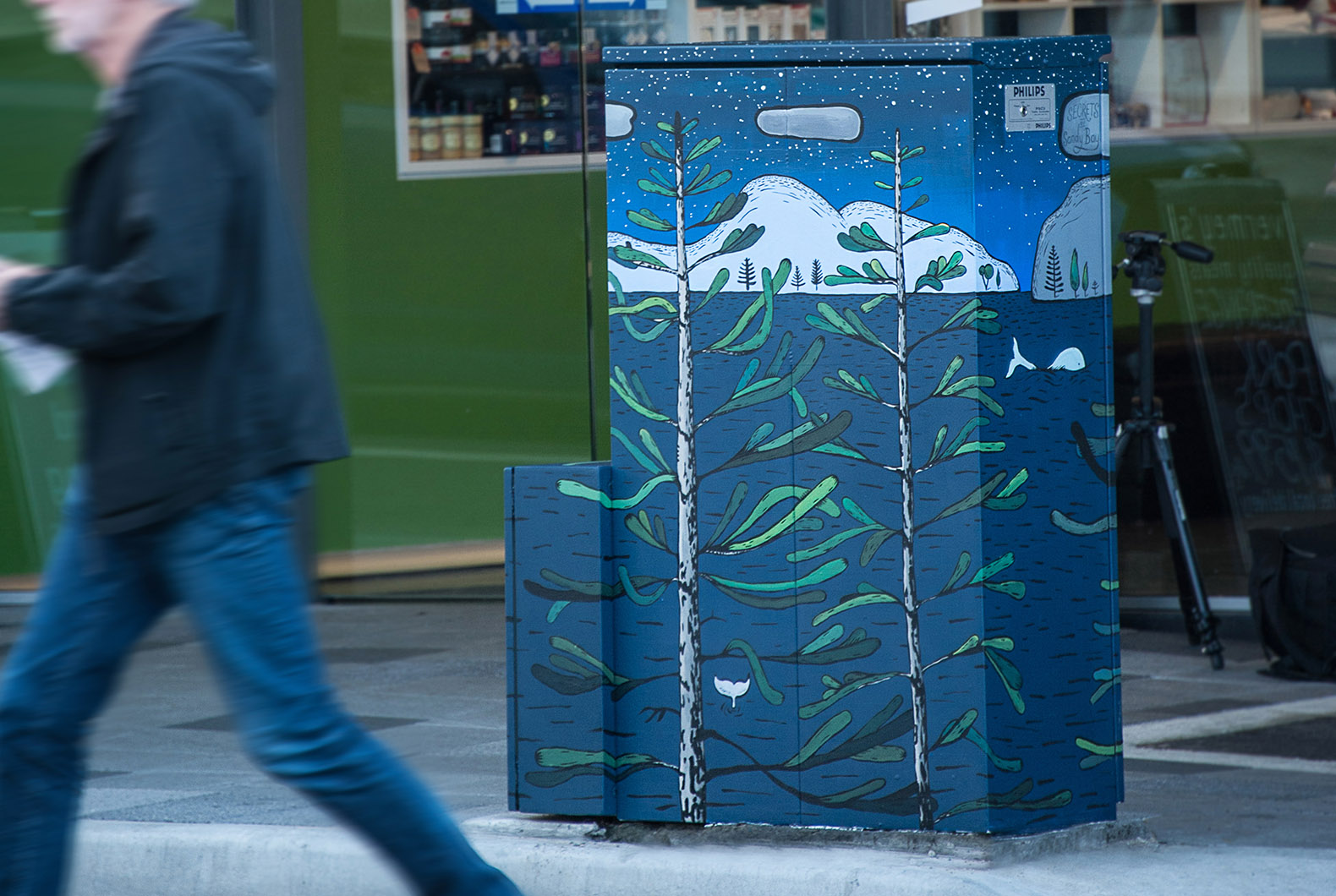 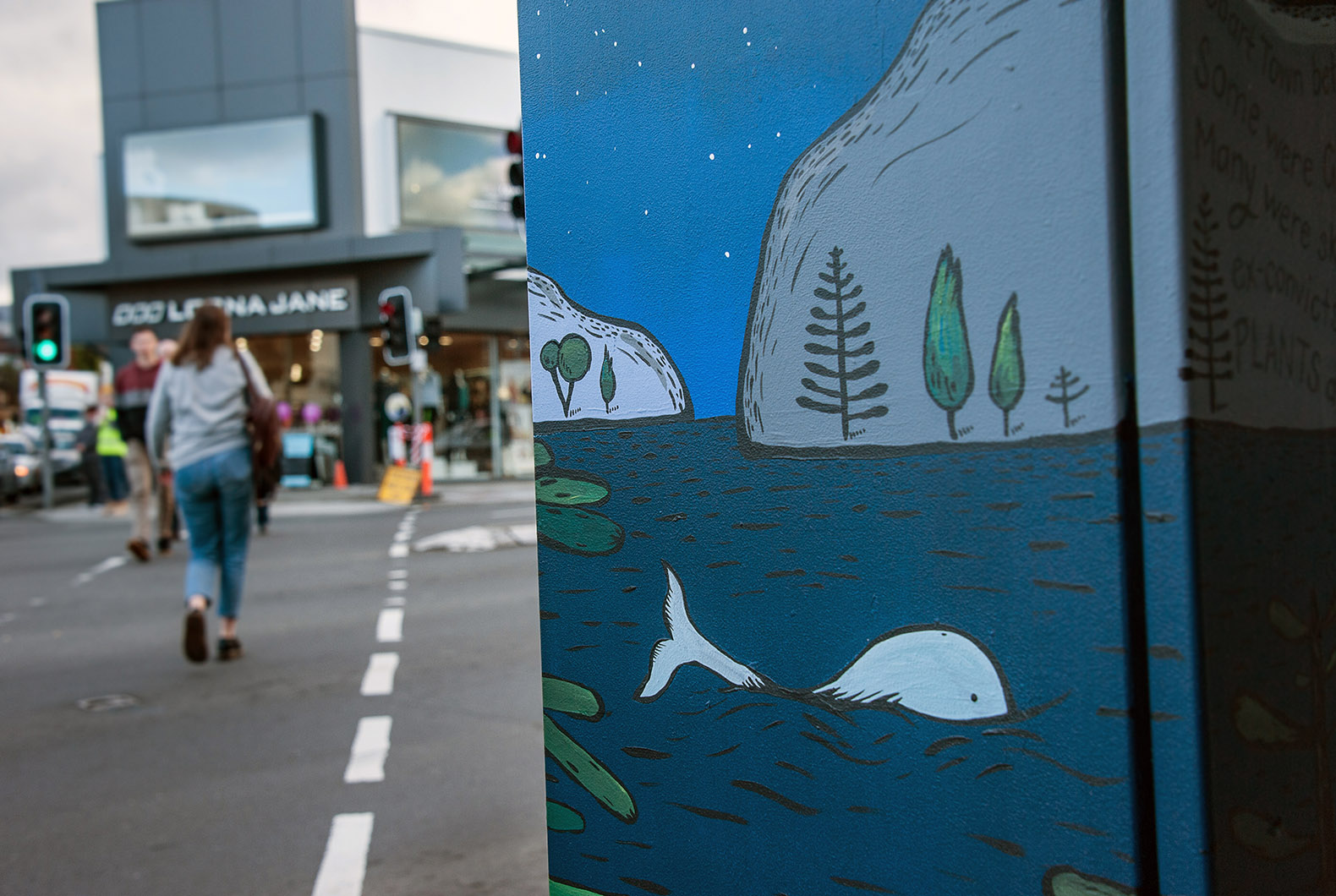 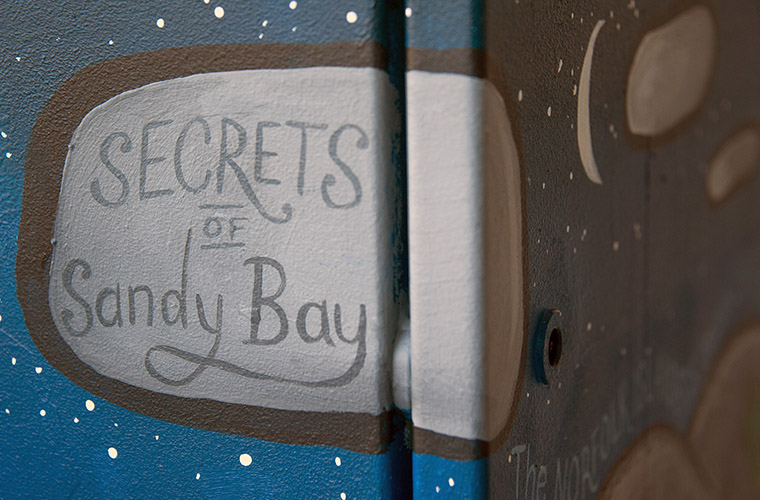 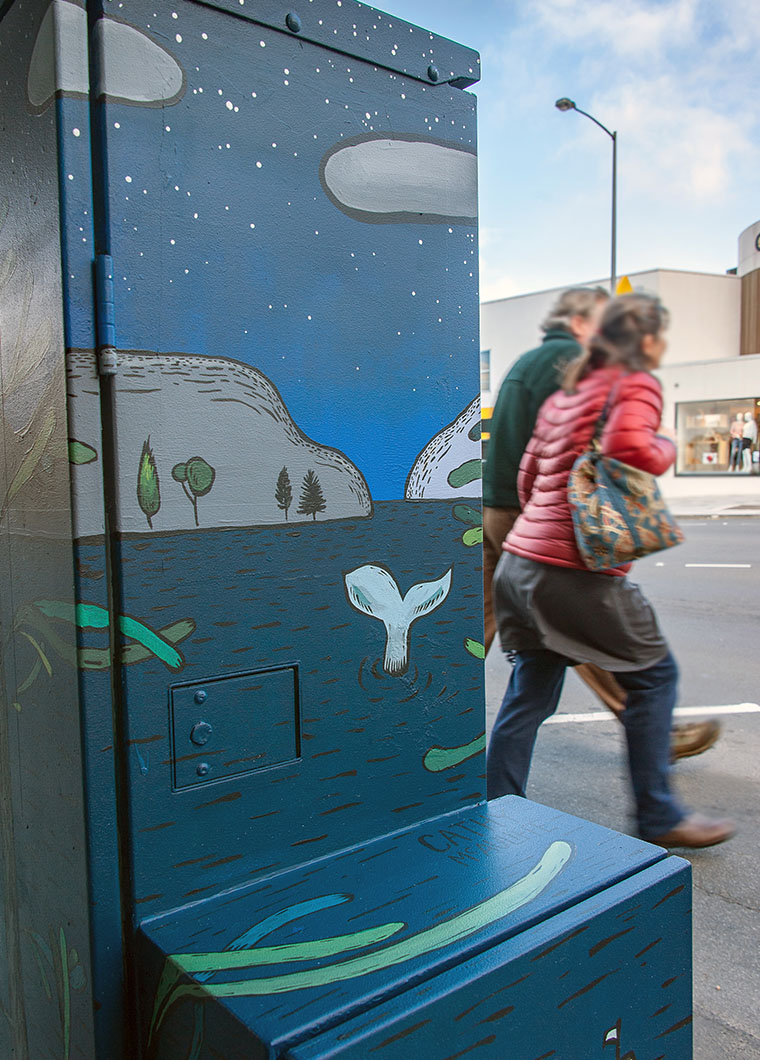 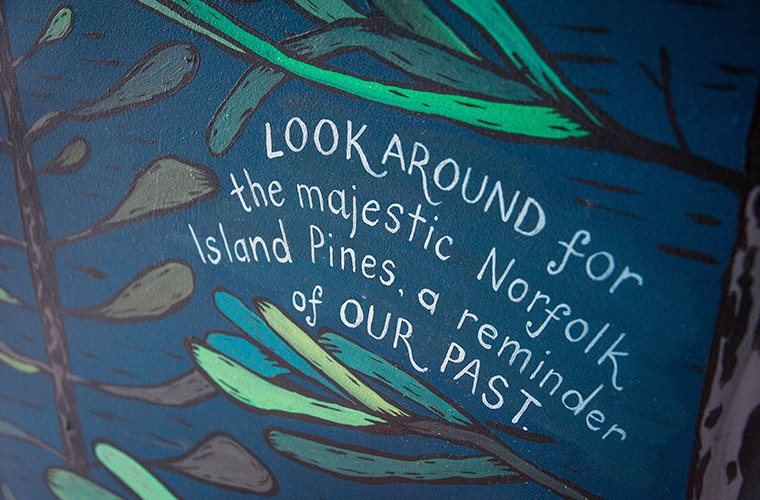 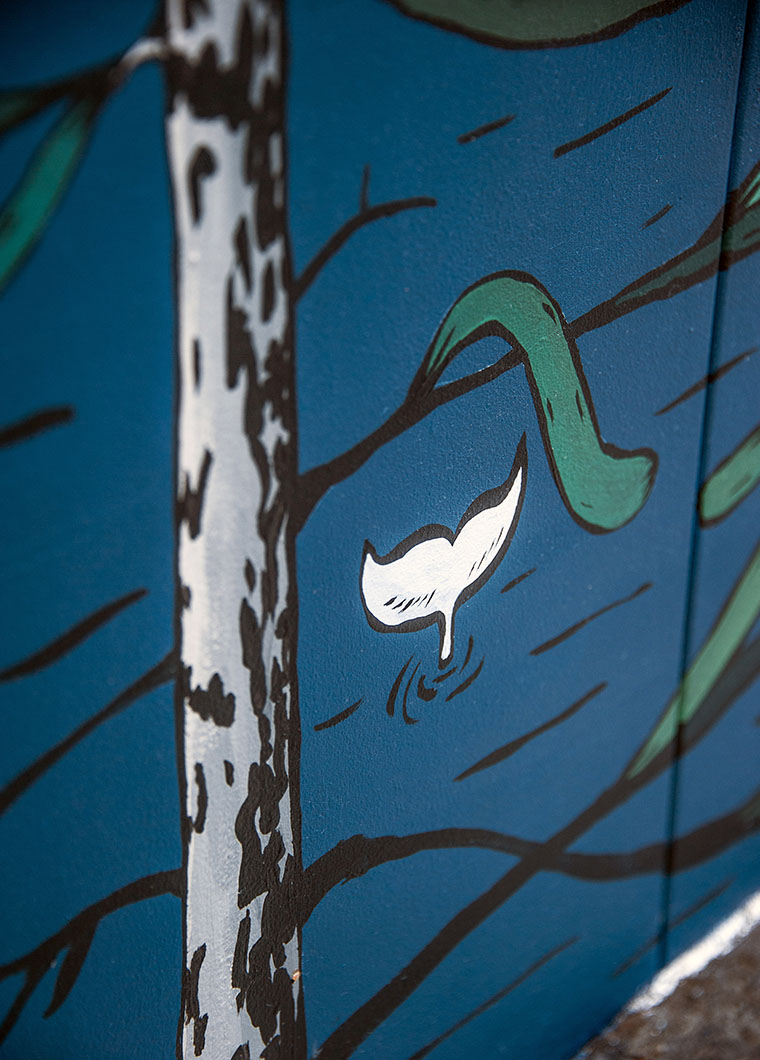