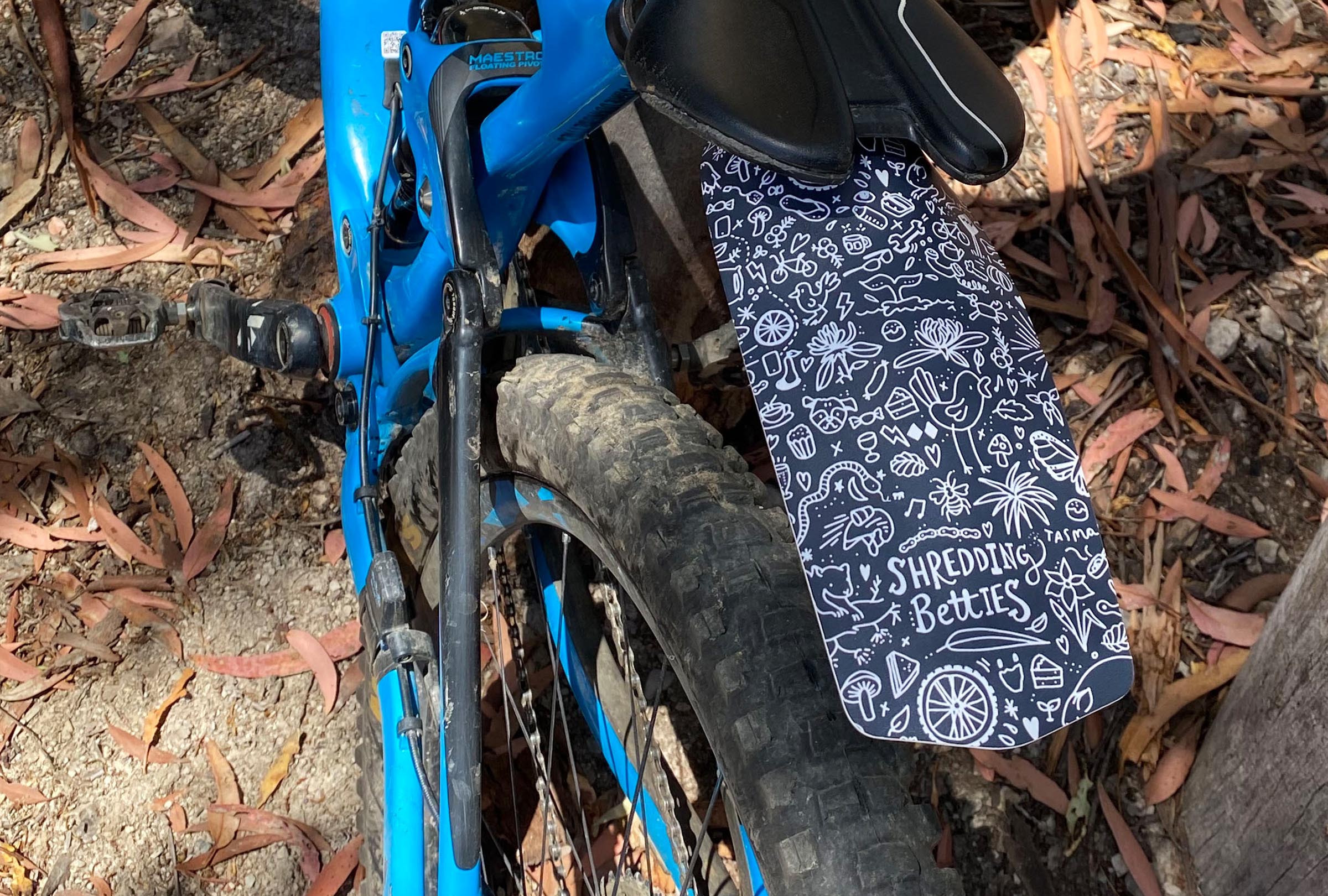 Shredding Betties was formed from a casual group of Tasmanian women mountain bikers, all trying to achieve the same goals as supporting one another, achieving their personal goals and inspiring other women and girls. Founder Jenni McLeod formalised the group in around September of 2018, with Shredding Betties becoming an incorporated club, able to offer members 24 hour accident insurance. They are now recognised as the leaders of women's only mountain bike clubs in Australia. Originally, the core group of riders were a close knit bunch who enjoyed continually challenging each other on more difficult trails and higher jumps. However, when more people joined the now official club, the need to 'mellow' and truely support beginner and intermediate riders came to the fore. Now, with over 100 members and many more followers, Shredding Betties hosts a variety of Club rides and events, ranging from skills workshops, guest coaches, casual rides, bike rides for little girls, teenage development and support to those who compete on an international stage.

The logo redesign aimed to soften the initial branding, which catered to a 'hard core' rider. The new logo and subsequent brand assets (applied to club merchandise such as mudguards, stickers, stubbie holders, website, riding jerseys and social media graphics) needed to be more inclusive and welcoming to all riders. The collection of items in the custom hand drawn graphics are favourite things from members, including helmets, nature, snacks, drinks, medals, wheels and native animals. 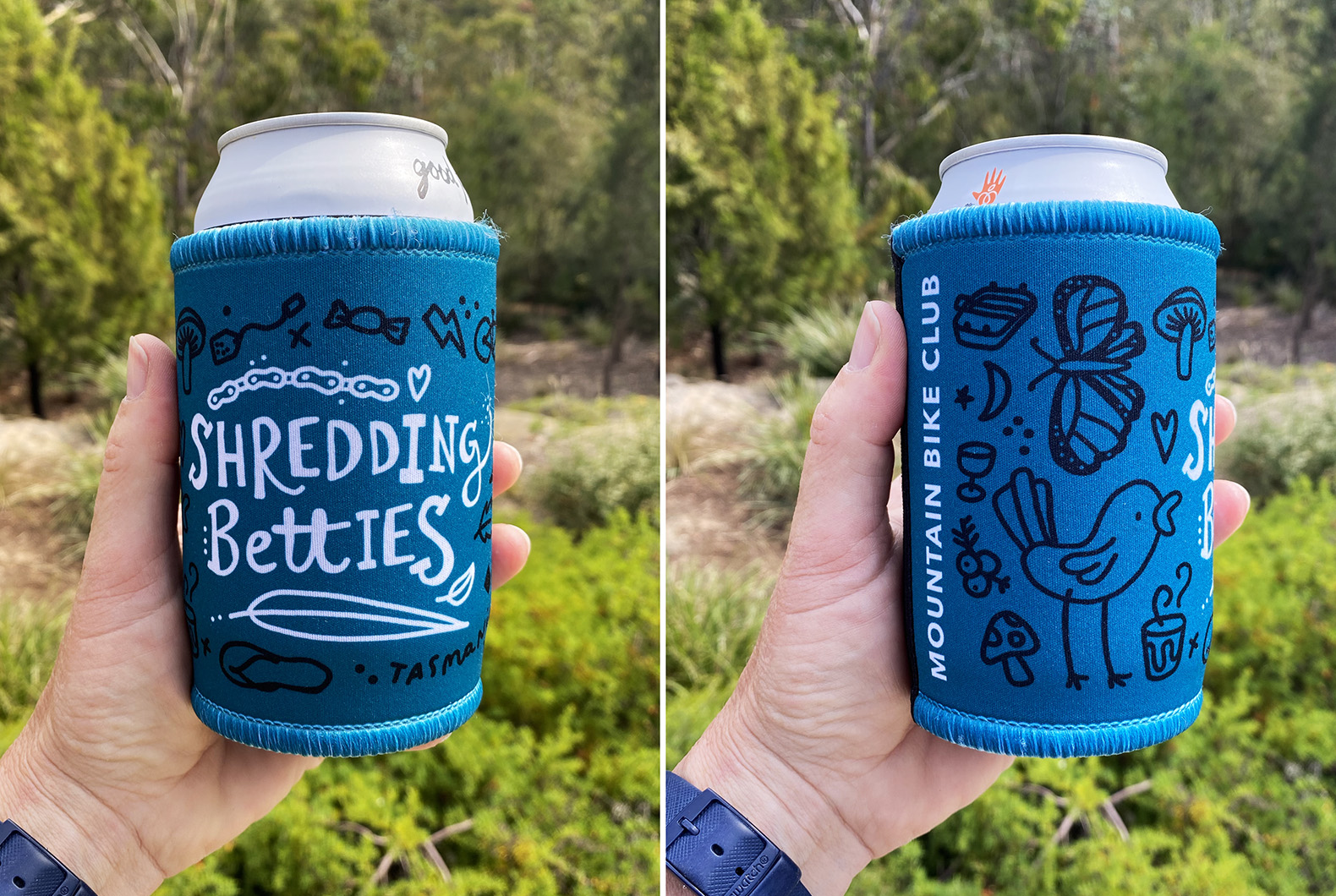 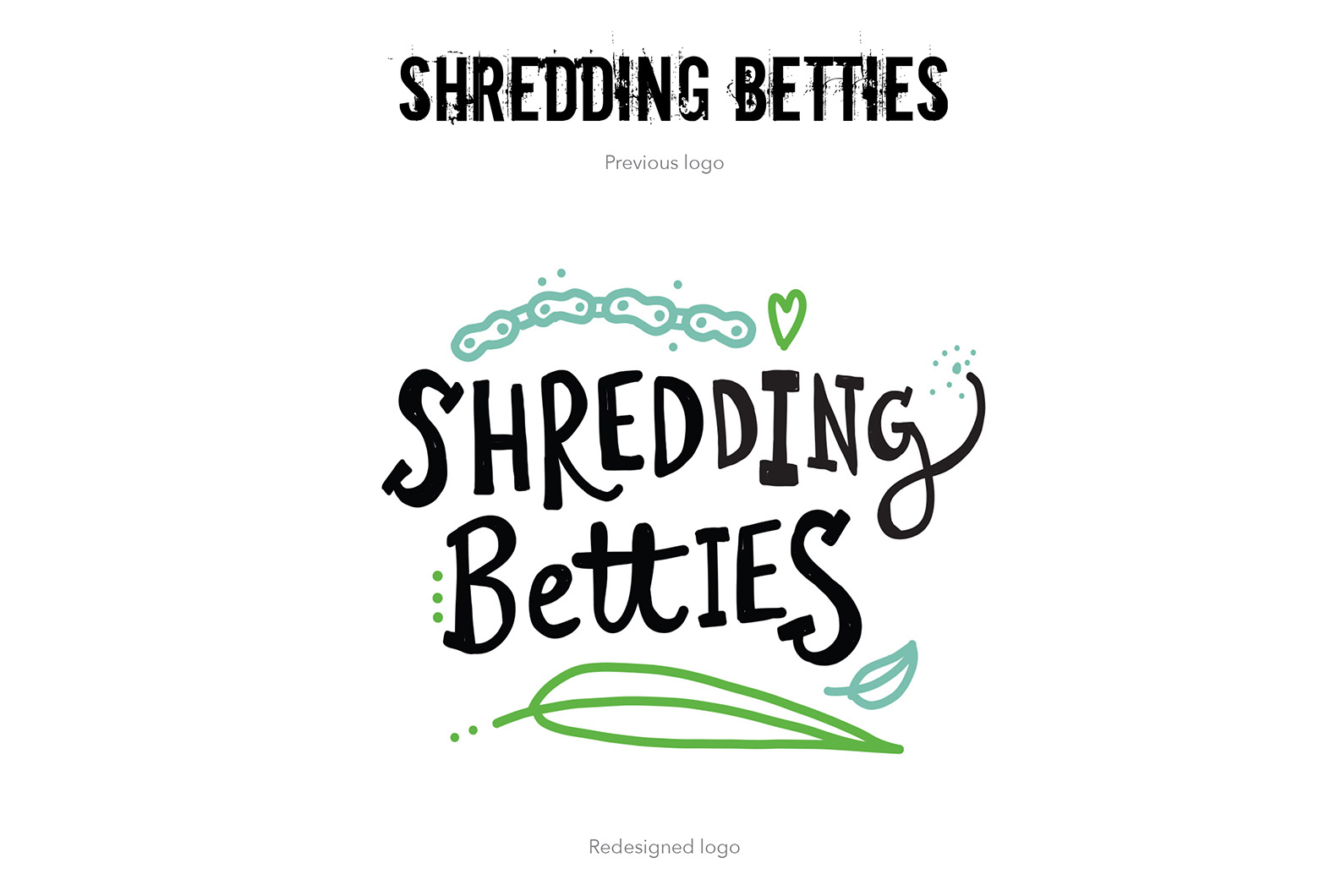 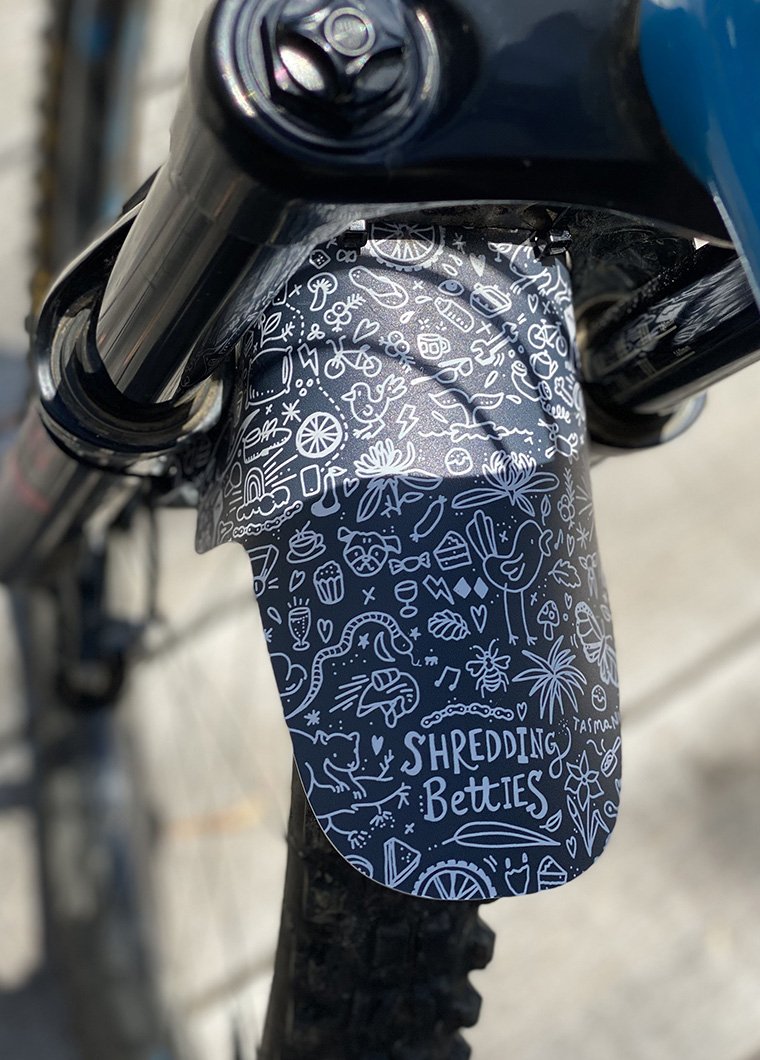 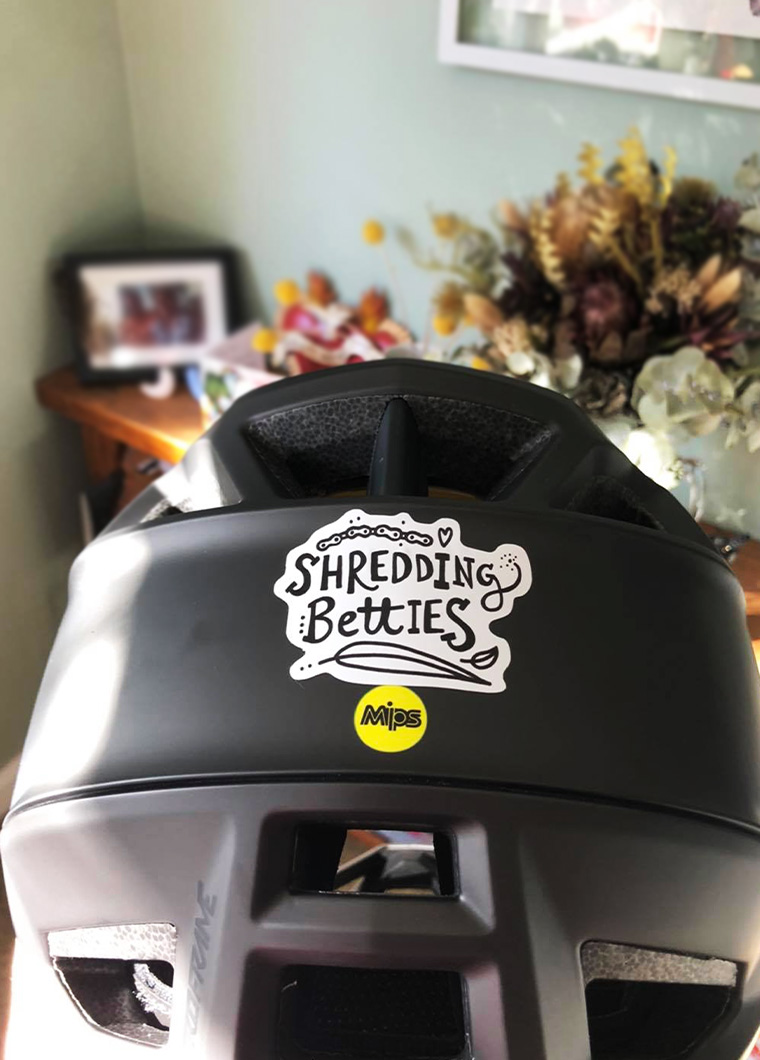 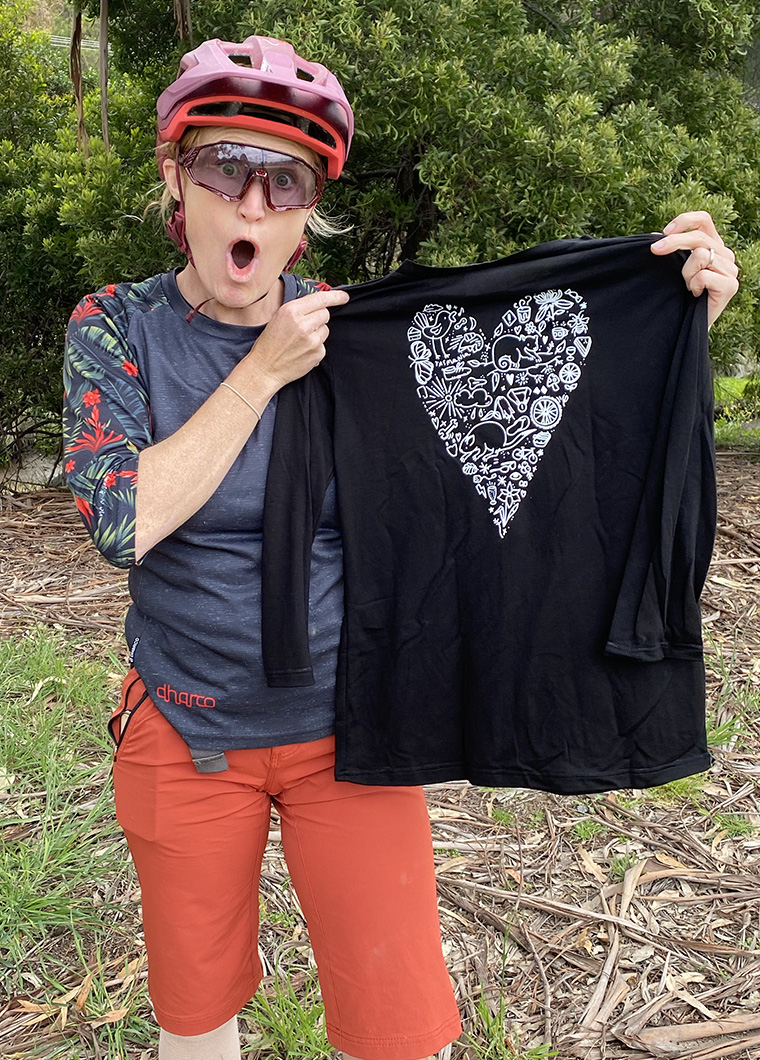